Legendary football coach Bob Stoops is in a league of his own. Surpassing 190 career victories, Stoops is the “winningest” coach in OU history and earned his nickname “Big Game Bob” in style. Perhaps best known for his stellar time with the University of Oklahoma, Stoops has enjoyed a meteoric career that hasn’t slowed down even in retirement. In his time, Stoops has coached the formidable Oklahoma Sooners, made his reputation with the Florida Gators and the renowned Dallas Renegades. Born and raised in Ohio, Stoops nurtured a passion for football under the guidance of his coach and father, Ron Sr. A four-year starter and one-time All-Big Ten selection for the University of Iowa, Stoops left his mark on the sporting world early in his career. Now one of the most revered and respected coaches of all time, Stoops is building a lasting legacy.

Celebrated for his sportsmanship, leadership and impact on the game, Stoops was elected into the College Football Hall of Fame in early 2021. In a career that has seen him take the Paul “Bear” Bryant Award and multiple Walter Camp Coach of the Year Awards, Stoops’ accolades speak for themselves. For seventeen glorious seasons, Stoops led Oklahoma to dominate on the field. From finishing the 2000 BCS National Championship undefeated to finishing within the top 5 of the season’s rankings seven times, Stoops was an unshakeable force. Throughout the years, Stoops has become only one of four coaches to win over 100 games at the University of Oklahoma. An impressive feat as no other college football program has ever had more than three coaches achieve those stakes.

After decades of impressive victories and rare defeats on the pitch, Stoops is one of the most sought after sporting personalities of his generation. Even since retirement, Stoops has continued to dip his toes into the coaching pool with the XFL’s Dallas Renegades. Sitting upfront and centre, Stoops is now the fan favourite host of Fox Sport’s “Big Noon Kickoff” pregame show. 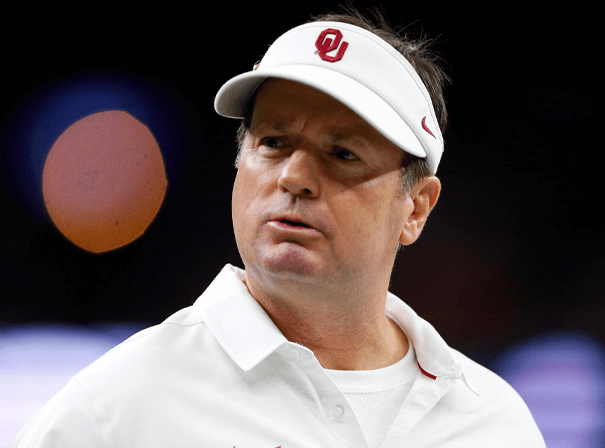