Bobby Labonte is an American NASCAR Hall of Famer and popular race day analyst for Fox Sports. Labonte is also a successful businessman and philanthropist.

His illustrious racing career saw him win the Busch Series championship in 1991 and 1999 saw him win five Winston Cup races, a personal record for a single season. Incredibly he won the 2000 NASCAR Winston Cup and was the first person to accomplish the NASCAR Triple Threat at the same racetrack when he won races at Martinsville in all of NASCAR’s top three racing series. During 2001, Labonte took home the IROC XXV title, becoming the thirteenth consecutive NASCAR driver to win the IROC championship. Labonte’s last Cup race was in Talladega in 2016, but he still competes in the NASCAR Euro Series. He was inducted into the NASCAR hall of fame in 2020, walking in the footsteps of his brother who was inducted in 2016.

Labonte turned his sights to TV, and in 2014 he was introduced as a racing analyst for the new program NASCAR America on NBCSN. Currently, he serves as a Fox NASCAR analyst for the network’s studio coverage where he offers insightful commentary calling on his thirty years of professional driving expertise.

Alongside his racing career, he has founded successful businesses such as Breaking Limits a marketing and public events agency which he runs alongside his wife, Kristin. He also operates the Red Mango yoghurt shop on the campus of Duke University.

Labonte is passionate about giving back to those in need and in 2003 he established the Bobby Labonte Foundation which is dedicated to supporting local families and children throughout the Triad of North Carolina. 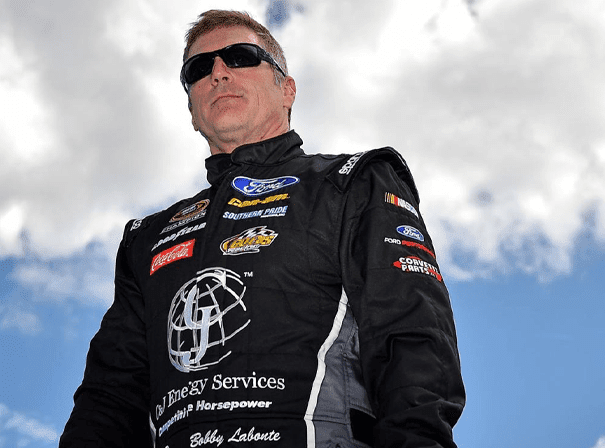