The phenomenally multitalented Bonnie-Jill Laflin is an actress, model, TV personality, sportscaster, basketball scout and general manager from the United States. She is best known for being the first female scout for the Los Angeles Lakers, and was also the assistant general manager of the NBA Development League team for the Lakers. During her time with the franchise, she won 5 NBA championships. Laflin first came to the public’s attention as a cheerleader for the NBA’s Golden State Warriors. She was also a cheerleader for the NFL’s San Francisco 49ers and Dallas Cowboys, winning a Super Bowl ring with the former.

Laflin got into TV through her work as a cheerleader and model. She had recurring roles on Baywatch in 1998–1999 and Ally McBeal in 2000. Laflin also worked as a correspondent for KCAL-Prime TV’s 9 News in Los Angeles, California, and for ESPN’s Cold Pizza in 2003. In the sports world, she has also worked as a broadcaster for CBS, Fox, the BBC, and NFL Network. She made and hosts Muho TV, a basketball show for China, which is spoken in English with Chinese subtitles.

Laflin has been in print ads for Coors Light, Bacardi, Wrangler, FedEx, McDonald’s, Doritos, Carl’s Jr, and Nike. She was a part of Basketball Wives season 6 on VH1. In March 2012, she announced that she and Kareem Rush would be co-hosts of The Rush Hour, a fantasy basketball sports radio show on SiriusXM. Laflin is the host of the first sports show on Afterbuzz TV, called “Bonnie-Jill Laflin’s The Weekly Pass.” She became a regular host on KNBR’s Murph and Mac show in September 2018. As of March 2019, she began working for NBC Sports Bay Area as an on-air host and reporter. 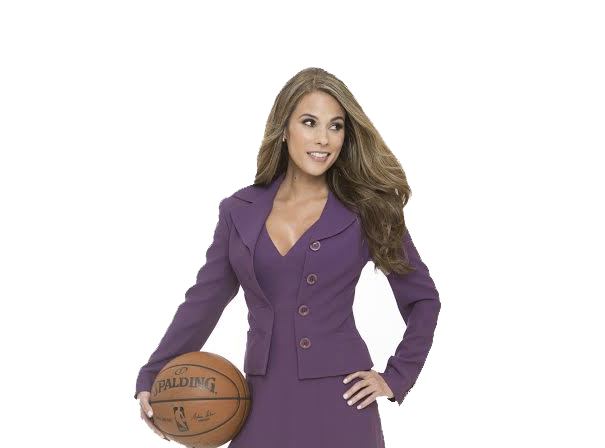