Booty Luv have all the makings of the perfect pop package. Two gorgeous and talented women with huge voices belting out silky smooth lyrics over disco groove make for an irrefutable recipe for chart success. Born of Big Brovaz fame, the chart-topping duo Booty Luv have made quite a splash in the house music pond. Cherise and Nadia parted from the mixed sex r&b group Big Brovaz after considerable triumph following their launch in 2002. Having scored numerous hits with songs such as ‘Favourite Things’ and ‘Nu Flow’, Big Brovaz were famed for their unique and diverse musical style.
Four years later and Booty Luv’s debut single saw them blast their way to the top. ‘Boogie 2nite’ – a cover of the Tweet song – dropped and peaked at #2 in the UK singles chart spending a total of eight weeks in the top 10. Not stopping there the ladies released ‘Shine’, which quickly became their second top 10 single. Followed shortly by ‘Don’t Mess With My Man’ which, after taking over Radio 1’s playlist, topping the national club charts and receiving rave reviews all over the country, went on to become an Ibiza summer anthem burning up all of the island’s hottest dance floors. The sensational ‘Some Kinda Rush’ was the next track to be lifted from the ladies hit debut album Boogie 2Nite, and was the first the girls had written themselves. An instant hit the track found its way straight onto the Radio 1’s A list, making top 20 in the UK charts and top 10 in the Netherlands. With the UK’s music press affirming the song as an example of unadulterated pop ecstasy, this proved that the ladies were more than just amazing vocalists and silencing the critics who thought they only did covers. 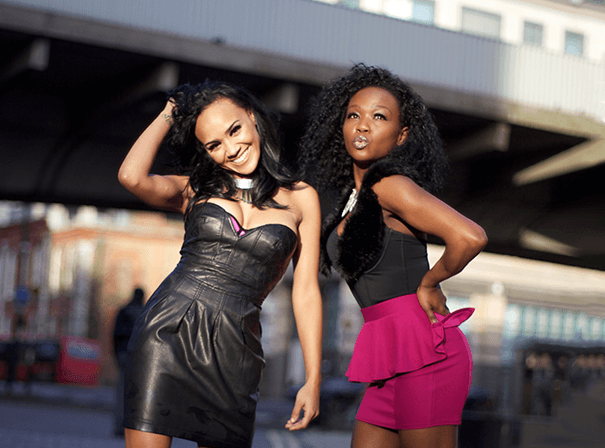