Having been inspired by his parents to take up kayaking from the age of five, Neveu trains at the Bagneres-de-Bigorre under coach Sylvain Curinier, near his hometown of Lourdes. After two gold medal wins in the K1 team event at the Junior World Championships during 2004 in Lofer, Austria and again at the U23 European Championship during 2009 in Liptovsky Mikulas, Neveu went on to make his senior international debut at the World Cup in Augsburg, Germany during 2005. Since then Neveu has gone on to collect countless medals at both the European and World Championships, including three bronze, nine silvers and an impressive five gold medals, competing as part of the K1 team, K1 and Extreme K1 categories. Of his individual world cup podium wins, Neveu has also enjoyed great success, achieving a silver in the 2018 finals at Rio de Janeiro and two golds during 2014 in Lee Valley, UK and again during 2015 in La Seu d’Urgell, Spain.

With so many memorable moments throughout his career, Neveu notes, in particular, his gold medal win at the 2014 world championships, at which he shared the podium with two other French slalom canoeists. A passionate sportsperson, when he is not on the water, Neveu enjoys a wide range of sports including cycling and skiing. 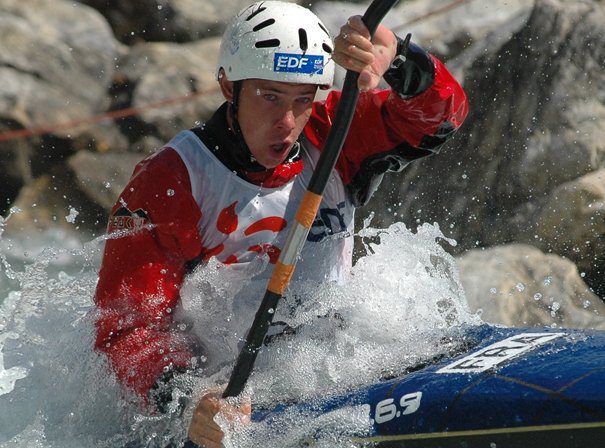