Former Scarfie and now a rugby player with the All Blacks and with the Chiefs in Super Rugby and with Hawke’s Bay Magpies in the Mitre 10 Cup, New Zealander Brad “Webby” Weber is a halfback of prolific talent. His is regarded as an effective player with a sound kicking and organisational game and hailed as a brave defender.

Weber started off in the game at Napier Boys’ High School and quickly progressed following a family move in 2010 to Dunedin. He played for The Sharks in the Premier Colts side and then the Senior Premier side the following year. By 2013 he was playing for the Dunedin Premier side. They won the Championship that year, with Weber being named Speight’s Premier Player of the year. He began his senior career with the Otago Razorbacks whilst studying for an applied science degree at University. But his career really took off when he was asked to play for Waikato in 2013. Soon after he had the call from the Chiefs and made his debut as a second-half substitute in an 18-10 win. He signed a contract to play for Hawke’s Bay in 2016. The international stage proved to be just as successful and Weber made his All Blacks debut in 2015. During the 2019 Rugby World Cup he scored his first international try against Canada in a pool match.

Still a young man with years of rugby ahead of him, Weber also likes to connect with his legions of fans through social media, regularly posting about his on-field achievements and his off-field life via Twitter and Instagram. His is also the co-host of the Code Trippin podcast 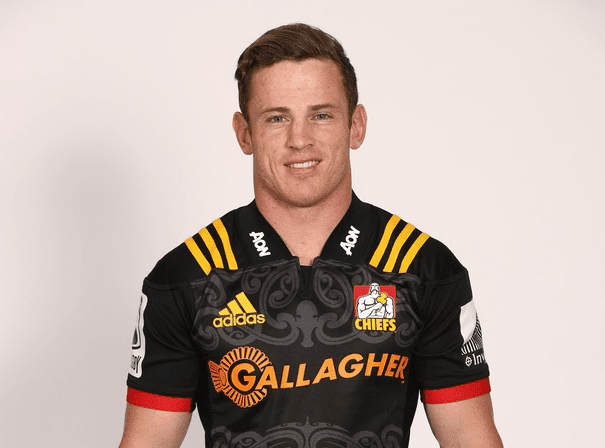