One of the best recurve shooters in the world, Brady Ellison – also known as ‘The Arizona Cowboy’ – is a competitive archer from America. Ellison has held one of the longest runs as the World number 1 ranked men’s recurve archer, and his ability to ‘find gold’ at the 2015 world championships earned him the nickname “The Prospector”. Ellison is currently a Resident Athlete at California’s United States Olympic Training Center and he has now set his sights on his third Olympic games. Ellison has appeared on the popular Mythbusters television show, testing an Ancient Greek ‘arrow machine gun’.

Hailing from Glendale, Arizona, Ellison’s competitive archery journey began on the local and State 3D circuit, where he began to regularly win competitions. Shooting a compound bow, he began his career in target archery in 2003, winning local, state and then National competitions. The following year he made his first Junior Outdoor World Championship team winning team Gold, and in 2005 he won the individual and team indoor World Championship titles.

After attending a camp for elite youth archers at the Olympic Training Center, Ellison’s bow broke and he tried his friend’s recurve bow. This proved to be a turning point for Ellison, and sent him on a journey to becoming one of the world’s best recurve shooters. In 2008 Ellison came first in the Olympic Trials for the 2008 Beijing Olympic Games, also making the USA Archery team for the 2012 Olympics. Ellison has since shot at every Outdoor World Championship for Team USA and at the majority of World Cup events, maintaining a place in the top 10 World ranking since 2009 and achieving one of the longest runs as World number 1 in recent history. 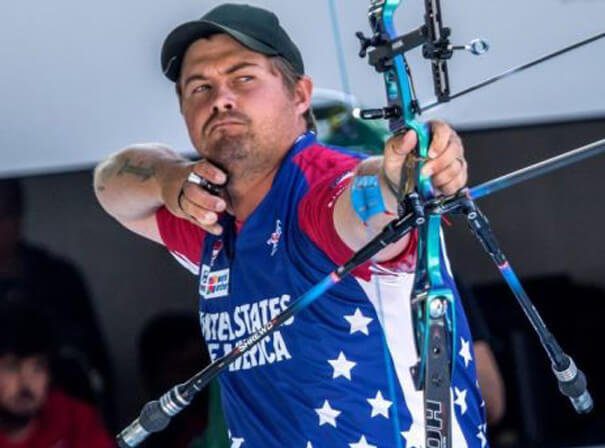