Brandon Hodge is a popular Youtuber and blogger who specialises in content related to all things wrestling. His channel – which is fast approaching 100k subscribers – is tailor-made for fans of professional wrestling, specifically the iconic entertainment company WWE i.e. World Wrestling Entertainment. From humble beginnings in 2012, Hodge’s channel and vlogging confidence have gone from strength to strength as he travels to all corners of the United States to record up close footage of some of WWE’s biggest events and superstars.

Given the rampant popularity of WWE and its storied history of wrestling legends, it’s no wonder that Hodge’s channel has become so well-regarded in the community. He’s now a frequently recognised attendee of wrestling events and prides himself on being one of the biggest fans the WWE has ever had.

Not only does Hodge record exciting vlogs at WWE events, but he also boasts an impressive collection of WWE replica belts and memorabilia, posts well-informed ‘Top 10’ videos as well as live reactions. A regular presence at conventions, Hodge has had the enviable opportunity to meet and chat to some of his wrestling idols such as Edge, The Undertaker, Kane, Seth Rollins and Roman Reigns. It’s safe to say that very few people (if any) are more dedicated to and knowledgeable about the industry, and Hodge’s natural on-screen presence and sense of humour have rightly earned him an adoring following across multiple platforms. 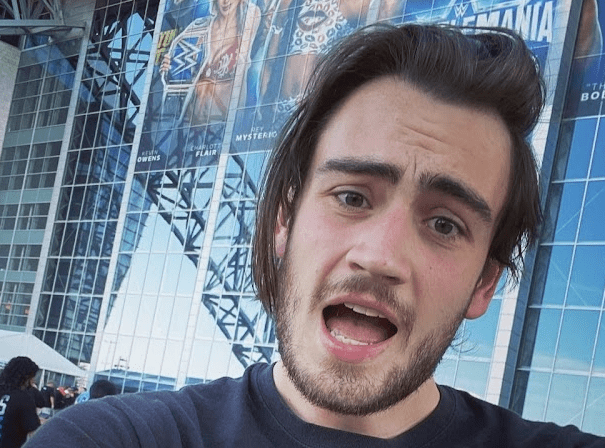