Reality TV star and singer Bri Stauss has captured the heart of a nation. Best known for her well-documented love story on the first season of ‘The Bachelor Presents: Listen to Your Heart,’ Stauss become the first-ever winner of the show. Alongside Chris Watson, Stauss has released the two highly successful albums ‘Chris and Bri’ and ‘Wrapped Under the Tree’ since the series wrapped. Before earning the spotlight, the Utah native nurtured her passion for music for years. With a desire to break into the industry, ‘Listen to Your Heart’ has paved the way for Stauss to really fly high.

Balancing performance anxiety with making big life decisions was the perfect stage for Stauss to find her voice. After singing Taylor Swift’s ‘Lover’ at The Novo, Stauss’s powerful performance gave way to her victory. At that moment, Stauss became an instant fan favourite, and her blossoming romance with Watson became front-page news across the nation. A highly accomplished artist in her own right, Stauss has garnered millions of streams on her solo platforms. With the singles ‘Say Goodbye’ and ‘Hummingbird,’ under her belt, Stauss can, at last, become the performer she has always dreamed of being.

As the news of Stauss and Watson’s parting ways has become a reality, the duo is still embarking on their musical journey together. Since the release of their hit holiday single, ‘Santa Clause Stole my Girlfriend,’ their popularity continues to grow. With a range of projects on the horizon, Stauss has a long and exciting career ahead of her. 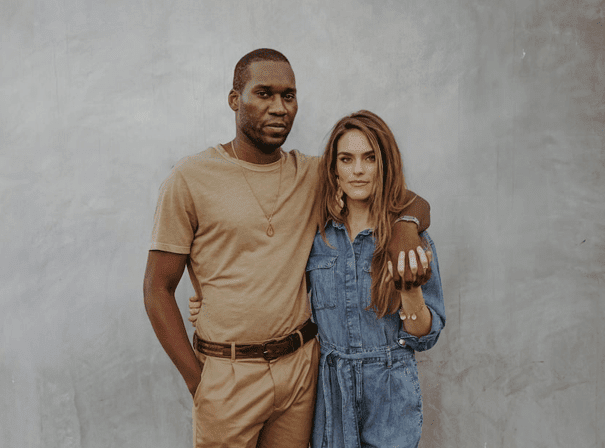