Brian Fanzo is a keynote speaker and digital futurist who uses tomorrow’s trends to inspire action today. Real-life stories and examples of forward-thinking people and enterprises are featured in his bespoke and specialized presentations. He trains businesses of all sizes how to use real-time technology to engage their customers at the appropriate time. Brian has an uncanny ability to bring people together both online and offline. He’s worked in 76 countries, demonstrating his enthusiasm for innovation, collaboration, and technology.

Brian’s passion for computers and technology began when he won a speed typing competition when he was 14 years old. Brian obtained a Business Information Systems degree after years of playing The Oregon Trail, making his high school newspaper in Adobe Pagemaker, and listening to music on Napster. He worked for nine years at the Department of Defense, where he led a global team that deployed collaboration and cybersecurity solutions across all military services, requiring him to retain the highest civilian security clearance. He subsequently went on to work as a technology advocate for a thriving cloud-computing startup, where he assisted enterprises in embracing change and new ways to create.

Brian is the founder of iSocialFanz, a company that has worked with some of the world’s most well-known businesses, including Dell, EMC, Adobe, IBM, UFC, Applebee’s, and SAP, to establish digital and influencer initiatives. Brian has been named a Top 20 Digital Transformation Influencer, a Top 50 Most-Mentioned User on Twitter by CMOs, and The Economist’s Top 25 Social Business Leader of the Future. Brian has been hired as an influencer for 19 of the Fortune 50 corporations, thanks to his hundreds of thousands of social media followers and podcast downloads. 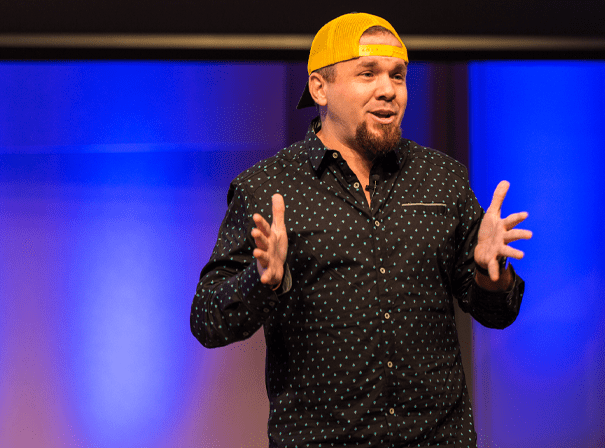