A talented young sportswoman with the Olympics firmly in her sights, Brianna Laux is an archer who has been shooting since the age of 4. Laux is already established within the NFAA Archery and USA Archery communities and has a bright future in the sport, but her road to success has been far from easy. One of the top 10 female archers in the US and still only in her teenage years, she has bravely battled a life-threatening condition to keep her dreams of Olympic Gold alive. Laux recently became a member of the USA Junior Dream Team, an archery team of the top 24 archers between the ages of 12 and 18.

Laux began shooting archery over a decade ago and several years later became involved with the Meijer State Games of Michigan, one of the first archery tournaments that she took part in competitively. Laux was rapidly becoming one of the most promising stars of archery when her dreams were put on pause after she received an elbow to her head during a basketball game, giving her concussion. During a head scan following the injury, it was discovered she had a life threatening condition that required urgent brain surgery, and Laux spent weeks in hospital desperate to return to the sport she loved.

Her family had concerns about which tournaments she could compete in because of the medical expenses from her surgery and initially ruled out the State Games of America, but Laux was then chosen for a SGA scholarship which allowed her to shoot at four distances in the competition. After topping the recurve cadet rankings and making the top 16 for the 2020 U.S. Olympic Trials, this determined young athlete is one to watch. 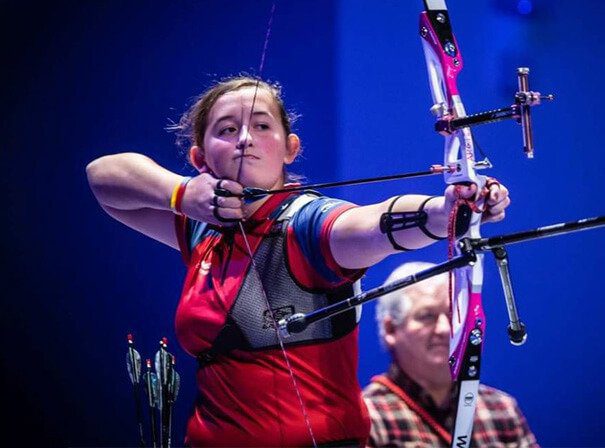