One of the greatest long jumpers of all time, Brittney Reese is an Olympic gold medallist who won five consecutive World Championships from 2009. The four times Olympian won the gold medal in the long jump at the Summer Olympic Games in London in 2012, and a silver medal at both the Rio Olympics in 2016 and the Tokyo 2020 Olympics. In 2009 and 2011 she recorded the farthest jump in the world outdoors, and only two women have jumped farther in American history. Reese also holds the indoor American record in the long jump after achieving a distance of 7.23 meters.

Hailing from Inglewood, California, Reese began to excel in athletics whilst at Gulfport High School becoming state champion in triple jump and long jump. She continued to shine at the University of Mississippi and at Mississippi Gulf Coast Community College. As well as being a track and field star, she played for the women’s basketball team and was recently inducted into the sports Hall of Fame.

In 2007 Reece became one to watch when she won the NCAA Outdoor Championship, a feat she repeated the following year. In 2008 she qualified for her first Olympics in Beijing, and finished fifth in the final. Four years later she took the Olympic gold medal at the London Games with a jump of 7.12 meters.

Away from the world of athletics Reese is known for her philanthropy and in November 2011 donated 100 turkeys and volunteered to various homeless organisations in her local community. 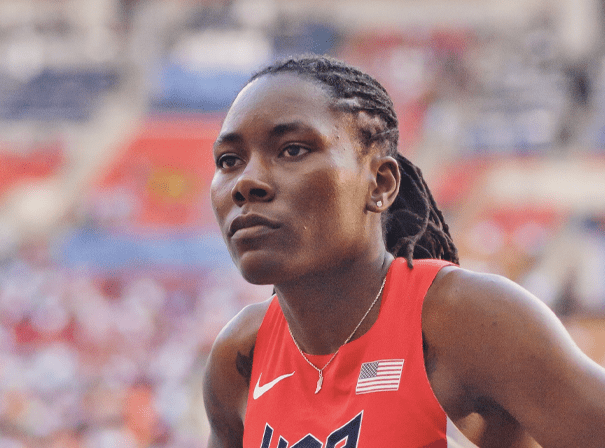