Young American sled hockey player Brody Roybal is already a veteran of three Winter Paralympics — and a three-time gold medallist. As well as his amazing Olympic achievements, he has also played a key role in three World Championship-winning American teams, taking the title at the 2015, 2019, and 2021 tournaments as well as finishing runner-up in the 2017 tournament. In 2015, aged just 17, he was named the March of Dimes Inspirational Player of the Year.

Roybal was born in Northlake, Illinois, in May 1998. He is a congenital amputee, meaning he was born without legs. But this didn’t stop him from being passionate about sports, particularly contact sports, from a young age. After playing softball and basketball, he began playing sled ice hockey when he was just eight years old. He also took up wrestling in high school but soon realised that hockey was where his heart lay. After breaking one elbow and damaging the other in a skateboarding accident, he was forced to take a break from his heavy sports schedule, but he soon returned and became one of the most promising members of USA Hockey’s player development camps.

Making his debut for the US national sled hockey team in 2013, he became the youngest member of the national Paralympics team the following year, competing in his first Winter Paralympics (the 2014 Games in Sochi, Russia) at just 15 years old. The US team triumphed, and Roybal secured his first major medal on the world stage. In the years since, he has become recognised as one of American hockey’s brightest stars. 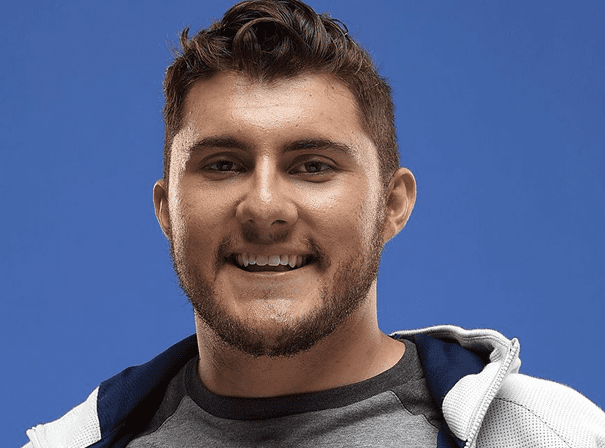