Rising star Brooke Sweat is part of Team USA’s stellar Volleyball troop. Olympian, FIVB gold medallist and AVP Champion, Sweat is turning heads in the athletic world. After pouring her sweat, blood and tears into her performance at the 2016 Olympics in Rio de Janeiro, Sweat has turned her game up to another level. In her final tournament with partner Lauren Fendrick, Sweat defended their position to a towering victory. Together they won seven consecutive matches to take the 2016 AVP Championships title. The competition for Sweat did not end there! Sweat has found a phenomenal teammate in powerhouse athlete Kerri Walsh Jennings, and the duo is quickly securing their dominating place on the court.

Hardcore training sessions, family support and profound team relationships have given Sweat a firm foundation on the court. Sweat’s enthusiasm and passion became evident when she and her teammate Walsh Jennings fought for their place on the Tokyo-bound Olympic cycle. Together they smashed their opponents in each match they faced to be part of the world championships. In the China leg of the tournament, Sweat achieved the first international title of her career. This triumphant moment made it apparent that Sweat’s ability on the court is second to none. When playing at the top of their game, Sweat and Walsh Jennings are a formidable force to behold and have secured themselves as one of the best beach volleyball partnerships in the world. 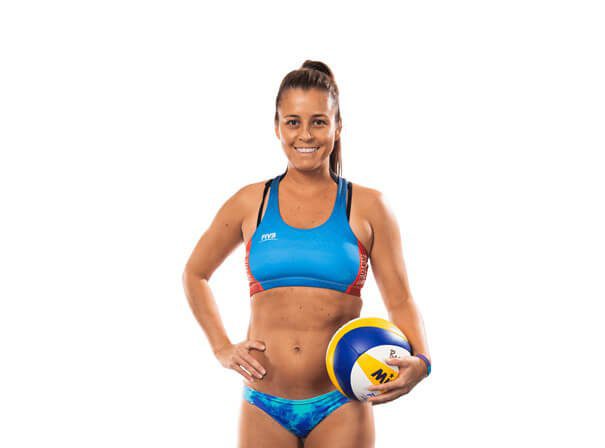