Bryan Hoch has spent more than twenty years covering New York baseball and is the author The Baby Bombers: The Inside Story of the Next Yankees Dynasty. He has worked as a MLB.com beat reporter since 2007 and is the co-author of the book Mission 27: A New Boss, A New Ballpark and One Last Ring for the Yankees’ Core Four released in 2019. As well as regular appearances on MLB Network and on numerous radio stations across America, Hoch has contributed to FOXSports.com, New York Mets Inside Pitch and Yankees Magazine.

Hailing from Sloatsburg, New York, Hoch kicked off his career in journalism whilst attending Suffern High School when he launched web site Mets Online. His experience then opened doors at the major league press boxes, and after working as a freelance reporter and sports journalist Hoch landed his dream job when he joined the Yankees beat. Since then, he has witnessed some of the most iconic moments in the history of team, including the final days of the world famous “Core Four”, the 2009 World Series celebration and the closing of the old Yankee Stadium.

When he isn’t busy writing or reporting, Hoch is a keen runner who has completed two New York City Marathons in 2010 and 2011. Hoch has also built a large online following on social media, with over 103k followers on Twitter. 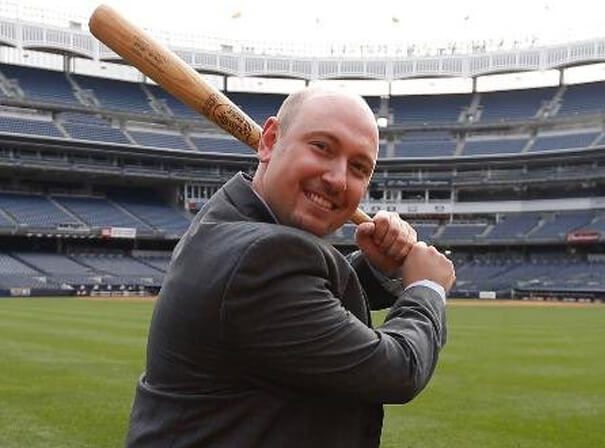