Baseball star Bryce Fehmel plays for the San Francisco Giants in Major League Baseball (MLB). In college, Fehmel played for Oregon State, where he was named to the Pac-12 All-Academic Honorable Mention team two times (both years he was eligible). During the fall of 2018, he was voted team captain by an almost unanimous vote of his teammates. Fehmel was involved in the local community and participated in a variety of community service projects during his time at Oregon State. He volunteered at Portland’s Doernbecher Children’s Hospital, the Oregon Veterans Home, and Ashbrook Elementary. After home games and when approached on the road, he was known to sign autographs for fans.

Fehmel joined the San Francisco Giants in 2019. On the mound, his long flowing hair and calm temperament are ideal, and he rarely gets spooked. With his arm on the mound, Fehmel doesn’t overpower anyone, as his fastball maxes out at around 89 mph, but no one can argue with his results. With his four-seam fastball, slider, and change-up, he consistently throws strikes and trusts his teammates to make plays behind him. 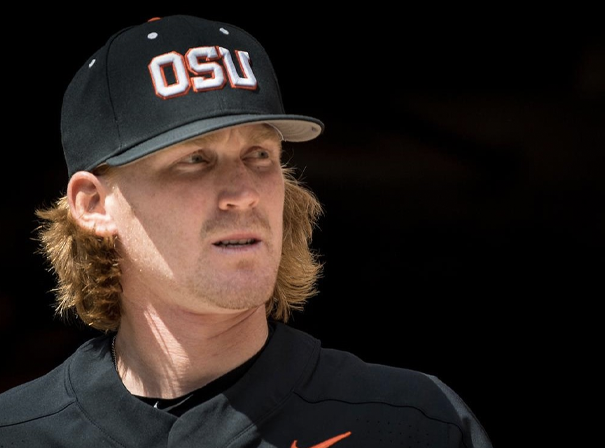