Stunning model, actress and TV host Camille Kostek gained global recognition for her memorable appearances in the Sports Illustrated Swimsuit Issue. In 2019 she then graced a cover of the magazine’s 2019 edition, and has since become a familiar face on television co-hosting Wipeout on TBS since 2021 and hosting NBC’s Dancing with Myself since 2022. As an actress she has appeared in the 2020 TV movie Fashionably Yours and the 2021 action comedy Free Guy alongside Ryan Reynolds and Jodie Comer.

Hailing from Killingworth, Connecticut, Kostek began taking ballet lessons when she was 3 years old and later trained at New York City’s Broadway Dance Center. When she was 19 she began her professional cheerleading career at the Hartford Colonials of the United Football League and made it to the roster of the National Football League’s (NFL) New England Patriots Cheerleaders in 2013 whilst a junior at university. The same year she began modeling for a series of TV commercials, and two years later signed to her first agency in Boston, becoming a brand ambassador and model for Dune Jewelry, Equinox Fitness and Benrus. In March 2018 Kostek beat over 5,000 other candidates to win the inaugural Sports Illustrated Swim Search.

As a host her career has continued to go from strength to strength, starting as a co-host for numerous FOX, ABC and CBS affiliate channels in New England, to becoming the main host of hit dance competition Dancing with Myself in 2022. 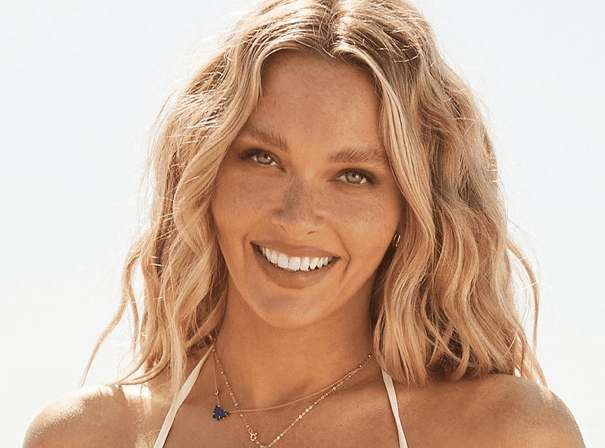