Cao Yuan is a record-breaking Chinese diver who’s won two Golds and one Bronze at the Olympics and several Golds at the World Championships and World Cups. In a bid to teach him discipline at age five, Yuan’s mother enrolled him in diving classes and the rest is history. At just fifteen, he won Gold at the 2010 Asian Games in the Men’s 10-meter platform dive. In both 2014 and 2018 he was named Male Diver of the Year by the International Swimming Federation. That same year, he received the 4 May Youth Medal of Beijing in the People’s Republic of China.

He won his first Gold medal at the 2012 Summer Olympics in the men’s synchronized 10-meter platform. His next two Olympic victories took place at the 2016 Summer Olympics in Rio where he won Gold in the men’s 3m springboard event with a score of 547.60 and Bronze with Qin Kai in the 3m springboard synchronized dive. Yuan previously partnered with Kai for the 2015 World Championships in Kazan, winning Gold for the men’s 3m synchronized springboard. Yuan is the only diver in history to win three gold medals in a single World Diving Series event by winning gold medals in the 3m synchro, 10m synchro, and 10m individual events of 2014’s World Diving Series in Canada. He won the Silver pairing with Xie Siyi in the 3m synchro at World Championships in Bucharest in 2017. The next year at the World Cup, the pair masterfully won Gold in the 3m synchro, and Yuan won Silver in the individual 3m springboard. Most recently, he won Gold in both men’s synchronized diving events at the 2019 World Aquatics Championships in South Korea. An accomplished athlete, he’s sure to make a splash in many competitions to come. 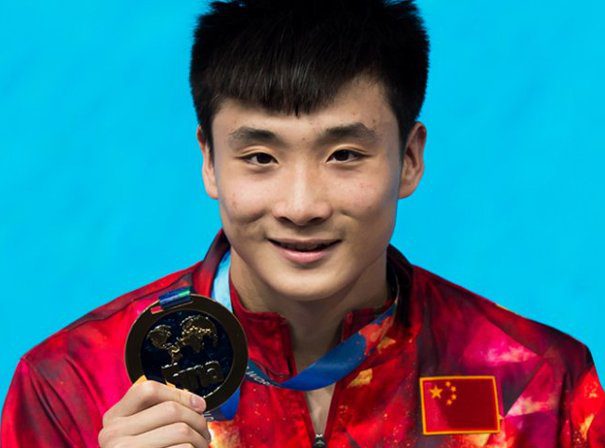