Professional tennis player Carlos Alcaraz is just 18 years old but has already made a huge impact on the international tennis scene after being ranked World Number 38.

Spanish tennis player Alcaraz only made his debut in 2020, competing in the 2020 Rio Open before qualifying as the youngest player at the Australian Open the following year. He went on to play in the Madrid Open as well as winning his biggest title in the 2021 Open de Oeiras ||| as the youngest player in the tournament. These great performances continued at the French Open as well as the Plava Laguna Croatia Open, establishing this player’s reputation as one to watch and a rising star on the scene. Appearances at Wimbledon and the Winston-Salem Open soon followed, with Alcaraz making it through to the fourth round of the Grand Slam with a win at the US Open. It was only an injury that stopped him going all the way after he was forced to retire in the quarterfinals. In September 2021 he was ranked as the World No.38, an incredible feat for a player of his age.

This impressive player has made a huge impact in his short time on the competitive circuit, and has marked himself out as one of the up and coming stars on the fiercely competitive international tennis circuit. Alcaraz already has 246k followers on Instagram and his following is growing every day. 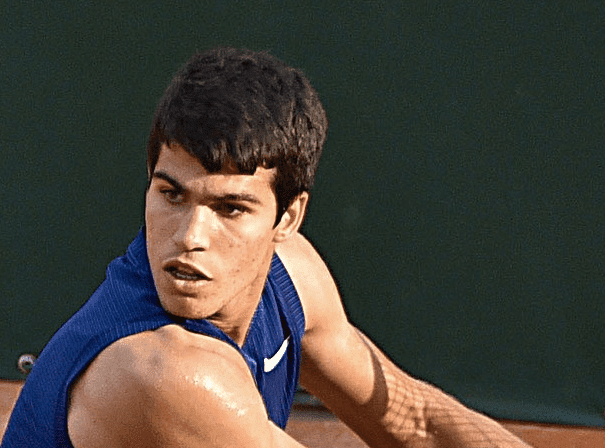