Always as fascinating as he is flamboyantly dressed, Charles Phoenix is an American historian and humorist who explores the world of mid-20th century American kitsch. His Retro Slide Shows, in which he combines his observational comedy with some of the thousands of slides he has found at thrift stores and yard sales that show the kitsch of American life between the late 1940s and early 1970s. One such show, entitled God Bless America, won the Most Unique Theatrical Performance Award at the New York International Fringe Festival.

Phoenix’s love of his subject matter came from his time growing up in 1960s California, where his Dad was a car salesman. After graduating from university in the early 1980s, he began a career in fashion before becoming a classic car salesman himself. A chance find of a box of anonymous holiday slides while shopping for vintage clothes in the early 1990s sparked a new passion and he began sourcing more slide collections from wherever he could. His initial idea of presenting them as a serious look at vintage Americana developed its comedic aspect when his first audiences began laughing at the inherent kitsch of the styles in the photographs.

Phoenix’s other claim to fame is his Test Kitchen, where he bakes outlandish cakes and pies based on recipes from the past. Perhaps his most famous creation in this line is The Cherpumple, a three-tier mix of apple, cherry, and pumpkin pies and different cakes. These creations have seen him appear on various major TV shows including Conan, The Martha Stewart Show, and the Food Network’s Cake Wars. 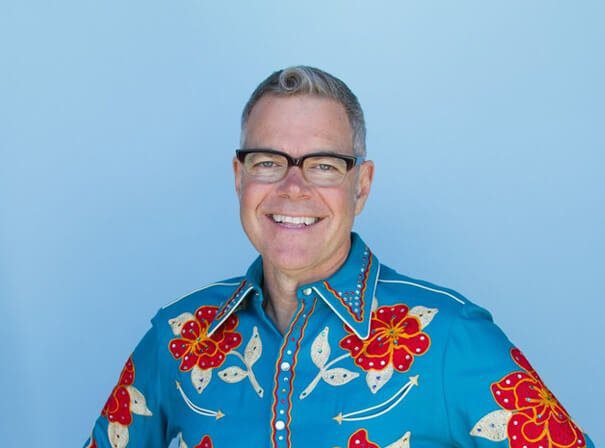