Veteran Canadian football defensive end Charleston Hughes has led the CFL in sacks an impressive five times in his playing career. A two-time Grey Cup champion, Hughes has spent most of his career with the Calgary Stampeders, enjoying a ten year tenure with the club before he was dealt to Hamilton and later to Saskatchewan. He most recently played for Toronto Argonauts where he was named a team captain prior to the 2021 season before becoming a free agent. A seven-time division All-Star and a five-time CFL All-Star, in 2013 he was named the West Division’s Most Outstanding Defensive Player.

Born in Saginaw, Michigan, Hughes was a star player at Saginaw High School before playing college football at Northwood University for four years.

Named an All-American, he led all of Division II as a senior with an average of 6.5 solo tackles per game.
Hughes kicked off his professional career with the Calgary Stampeders in 2008, appearing in 16 regular-season games. After his successful rookie year, he joined the NFL’s Philadelphia Eagles for a brief spell before returning to the Stampeders midway through the 2009 CFL season and staying until 2018. An outstanding season with the Saskatchewan Roughriders followed in 2019, and in 2021 he signed with the Toronto Argonauts. Now a free agent, there is still more to come from Hughes in a career that has already seen plenty of highs. 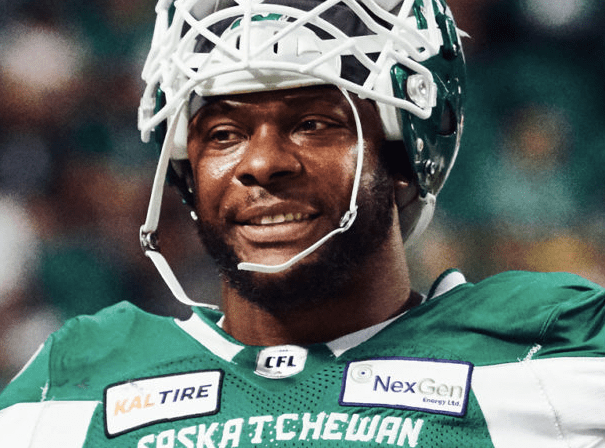