Charlie Kimball is the first licensed driver with diabetes in the history of IndyCar, and was the first diabetes-sufferer to win a race in the NTT IndyCar Series. He also became the first American in 11 years to win a British Formula 3 race, going on to secure two track records and several Formula 3 victories in Britain and Europe.

Kimball first got his taste for racing at the age of nine when he began driving go-karts and chose the track as a career over attending university. Diagnosed with Type 1 diabetes in 2007, Kimball was forced to abandon his racing program mid-season. But not one to give up, he returned to the cockpit in 2008 and claimed a podium finish in his first race. After his European tour, he returned to the US in 2009 and began to race in the Firestone Indy Lights series.

Kimball has partnered with Novo Nordisk, the global healthcare company who are dedicated to diabetes care, and helps to raise awareness of properly managing the condition throughout everyday life. He makes appearances on behalf of the company, helping to spread awareness of diabetes, and keeps his fans and followers up to date with his life both on and off the track, as well as regularly updating about his charity work, via Twitter, Instagram, his YouTube channel and through his informative official website, charliekimball.com. 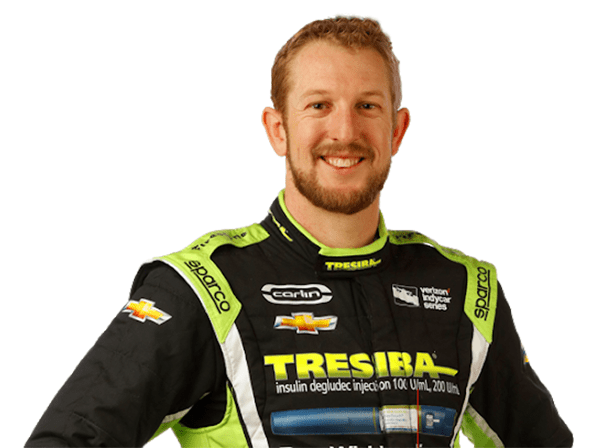