Choe Hyo-sim is a celebrated international weightlifter and Olympic medallist competing for North Korea. She was born on 5th December 1993 and stands at 5 ft 3 inches, weighing 130 lb. One of Hyo-sim’s most significant achievements was winning a silver medal at the 2016 Summer Olympics in Rio de Janeiro, competing in the women’s- 63 kg. At the 2013 Summer Universiade she won the silver medal. In the 2018 Asian games she won a silver medal as runner up to her fellow team mate Kim Hyo-sim. Weightlifting is North Korea’s most successful sport and the team was the top favourite to win medals at this event.

In the 2019 World Championships at Pattaya she won a silver in the -59 kg category. At the 2019 IWF World Cup in North China’s Tianjin on December 11th 2019 she triumphed in the -59 kg match. On December 22nd 2019 at the Qatar International Weightlifting Championships in Doha Hyo-sim was the champion in the women’s 64 kg category her lift totalling 229 kg, eight kilos more than second placed Italian Giorgia Bordignon’s attempt. Based on her current international ranking, Hyo-sim would qualify for the summer Olympics in Tokyo. 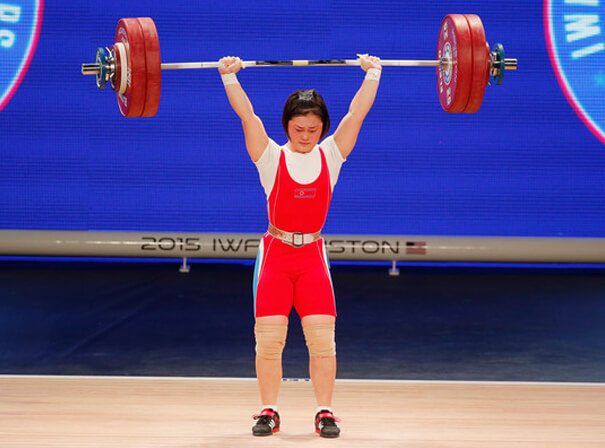