Born in Norcross, Georgia, Chris Herndon has made an undeniably impactful impression within his first few seasons in the NFL. Currently the primary receiving tight end for the New York Jets, Herndon achieved first place for receptions and touchdowns and second in receiving yards among every rookie tight end throughout the 2018 season.

Standing at an impressive 6’4”, Herndon played for Miami University’s first team throughout his degree, showing exciting promise with seven touchdowns and 86 receptions over 1,048 yards. Just one year after graduating, Herndon entered the NFL Draft and left with a four year multi-million dollar contract from the New York Jets, debuting in the team’s 31-point devastation of the Detroit Lions and making his first career touchdown against the Indianapolis Colts in the season’s 6th week. A string of solid performances later, and Herndon has earned a reputation as a truly rare talent, with head Jets Coach Adam Gase describing him as a “unicorn” and promoting him to the position of primary receiving tight end by the end of the season, thanks to his evident ability to impress across all three phases of each game.

With a place in the PFWA All-Rookie First Team under his belt, Chris Herndon is poised to develop his versatile skill-set and become an unstoppable force for the Jets in the coming seasons. 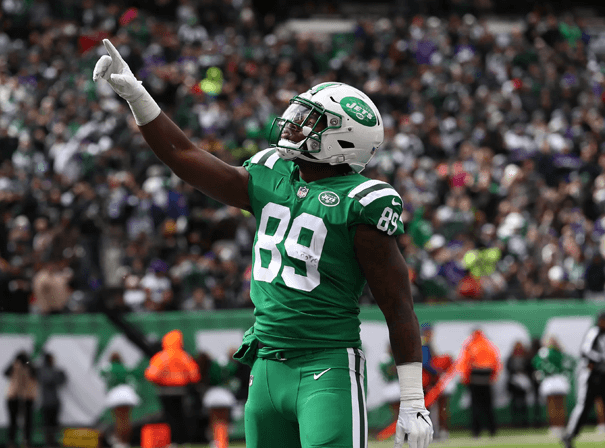