Claudia Gadelha is a widely recognised Brazilian mixed martial artist who is best known for competing in the Ultimate Fighting Championship (UFC). She is No 8 in the UFC women’s strawweight rankings and is No 15 in the UFC women’s pound-for-pound rankings. Gadelha has a fast growing online influence, with just under 100k followers on instagram, where she shares her life with her fans. She is a 3-times BJJ world champion, 7-times BJJ national champion and a BJJ black belt.

Gadelha is passionate about being a health advocate and motivates other to take steps to becoming healthier.

Gadelha didn’t have it easy in her late childhood and youth, she had a rebellious character and her love or martial arts didn’t have the approval or support of her parents. She ended up getting into the wrong crowds and coming into contact with drugs, and was taken to Natal by her parents to keep her away from these influences. She saw MMA fighting in Natal, and her passion for the sport was born. Since then she has dedicated her life to martial arts and turned her life around, she says that “the sport was teaching me how I should deal with life. Today, I am a completely different person, thanks to martial arts”.

She trained hard at Nova Uniao with famed UFC champion, Jose Aldo. She became the youngest BJJ black belt in Nova Uniao’s history and went on to eventually move to Las Vegas in 2018, where she trains. She has won many championships and awards, in 2014 she was named by WMMA press as ‘Fan Favourite Fighter of the Year 2013’. She also took part in the filming of Fight Xchange, a documentary series that followed the lives of six MMA fighters that trained together, the series aired on Super Channel in Canada. 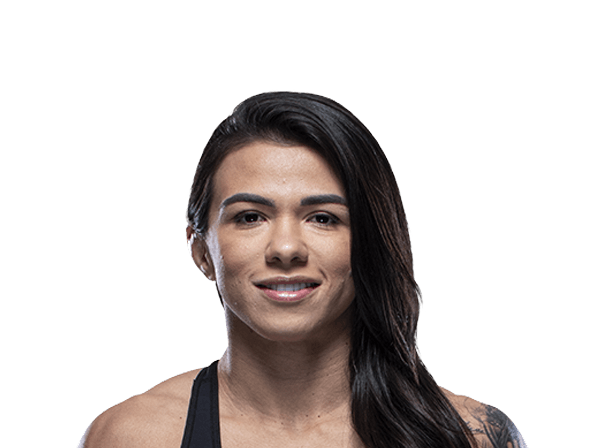