Clayton DeClemente is a recent addition to America’s national short track speedskating team with promise. Elena Sklutovsky, a well-regarded coach and former national speedskater for Ukraine, said she knew he was destined for greatness ever since he started training with her at twelve years old.

DeClemente’s skiing career began when his mom watched him play ice hockey with his friends: he had a natural speed and a recognizable tuck form that was destined for the short track. Prior to going national, DeClemente spent eight years competing in the Empire State Winter Games, and getting gold in every distance category in the 2019 championship. Soon, he was no longer training at Poughkeepsie’s Mid-Hudson Civic Center, but at the Olympic Oval in Utah with the quickest skaters in the country, working toward a 2022 Olympic qualification.

DeClemente’s been recognized for his endurance, compartmentalizing pain, working well under pressure, and even using the unique approach of listening for skates as an advantage during competition. It’s his original competition style that earned him a spot with the Facilitated Athlete Sport Training Team (F.A.S.T.), and then on the world stage.

Most recently, DeClemente was in the top ten overall for the past two American Cups, earning his substitute positions for international championships. He got called in three times to perform in Germany, the Netherlands, as well as the United States. Outside of skating, DeClemente loves music, pasta, and fixing up cars. 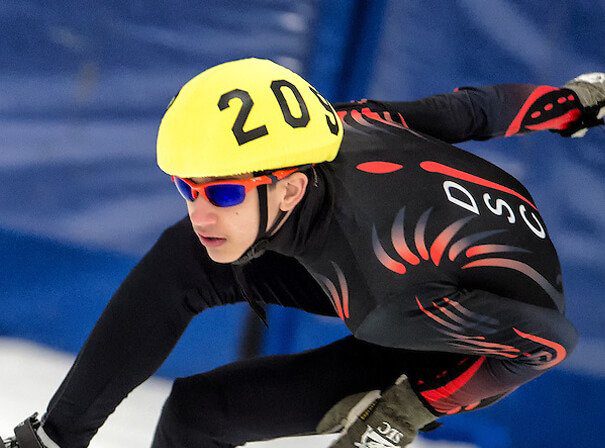