Professional Austrian slalom canoeist Corinna Kuhnle is a gold medal-winning athlete, having participated internationally in the sport since 2002

With a passion for canoeing since she was little, Kuhnle began her sporting career competing at the Junior European Championships, at which she won her first silver medal in the K1 event during 2004 in Krakow. In addition, Kuhnle also won three bronze medals between 2008 – 2010 at the U23 European Championships. Since then she has gone on to enjoy success at senior international events around the world, having won two bronze and four silvers at the European Championships, as well as one gold during the 2017 K1 event held in Tacen. Competing at the ICF Canoe Slalom World Championships, Kuhnle won a bronze in 2005, two silvers in 2014 & 2017 and an impressive two gold medals during 2010 in Tacen and again during 2011 in Bratislava. A renowned competitor in the sport, Kuhlne has won a number of individual World Cup medals including five golds, the most recent of which was in Bratislava during 2019. She also successfully won the overall K1 class world cup title consecutively during 2014 & 2015.

No stranger to the Olympics, Kuhlne qualified for the 2012 Summer Olympic Games in 2012, during which she finished 8th in the K1 event. She later went on to qualify for a second time at the 2016 Rio de Janeiro Olympic Games at which she participated in the same event, this time finishing in an impressive 5th place. 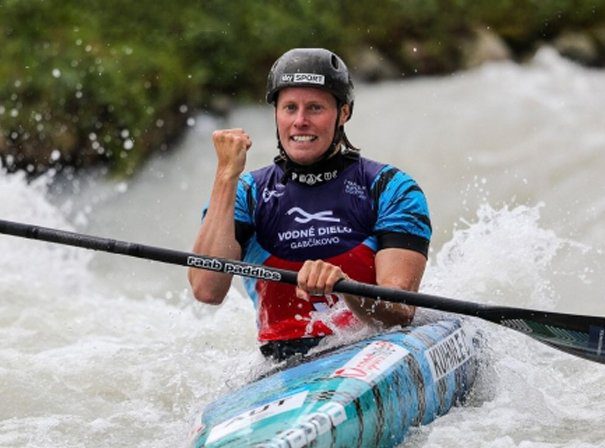