Coty Saucier is an American monster truck driver best known for being one of the drivers of Monster Energy. He has won numerous awards and championships, with his biggest win to date being victory in the 2015 Monster Jam Young Guns Shootout Championship. In 2019, he made his first All-Star Challenge appearance and won the Vegas Style Racing competition. More recently, he has also appeared at shows behind the wheel of Fast Metal and Overkill Evolution.

Saucier was born in the city of Lafayette, Louisiana. He got his first introduction to monster truck racing through playing the Monster Truck Madness 2 video game. Hooked, he wanted to be involved in the real thing and in 2005, he began volunteering his services for various Monster Jam teams, getting to work on vehicles like Pure Adrenaline (as driven by Frank Krmel). In 2012, he was awarded the Monster Jam Mechanic of the Year Award.

In 2014, Saucier began competing on Monster Jam tours as a Monster Energy driver. At that year’s Young Guns Shootout Championship, he finished runner-up, taking the title the following year. Despite becoming a regular and popular presence behind the wheel on the Monster tours, Saucier also keeps his hand in behind the scenes, spending his free time helping to maintain and build new monster trucks for the likes of Chad Fortune and Nicole Johnson. After a spell driving Mutant Super Soda, he switched back to Monster Energy in 2019 and will continue to thrill stadium audiences across America for many years to come. 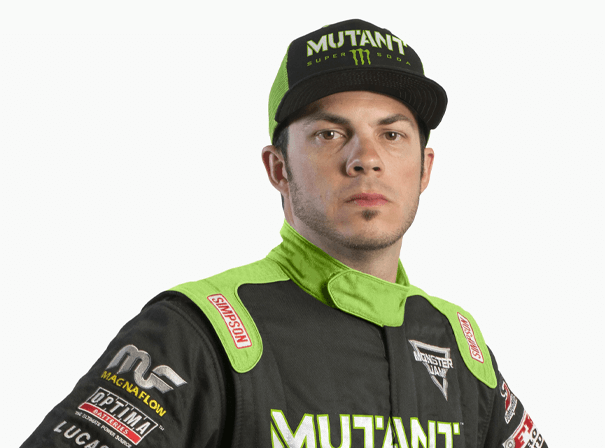