Great British skeleton racer Craig Thompson has represented his country on the international circuit since he burst onto the scene in 2015.

Thompson comes from a sporty background, having played football at both a local and a county level throughout his youth before switching to athletics and representing the Swindon Harriers in the 100m, 200m, and the sprint relay. He then joined the prestigious Power2Podium training programme, as he was recognised as an athlete with the potential to perform well in the skeleton luge. It proved to be a wise move, and in 2016 Thompson competed in his first North American Cup, putting in an impressive first international appearance when he picked up a bronze in the individual men’s event. Since then he has proved to be a real asset to the Great British team, having competed at the Europa Cup and the Intercontinental Cup multiple times. In 2017 he took home his first international gold medal at the Europa Cup ahead of his busiest season yet the following year where he won gold at both the Intercontinental Cup and the North American Cup. Thompson’s World Cup debut came in 2019, the same year he won four medals at the Intercontinental Cup.

Most recently, Thompson has appeared at his first World Championships, proving that he is still on his way to the top in the skeleton racing world. This multi-talented athlete now serves as an inspiration to other young sportspeople. 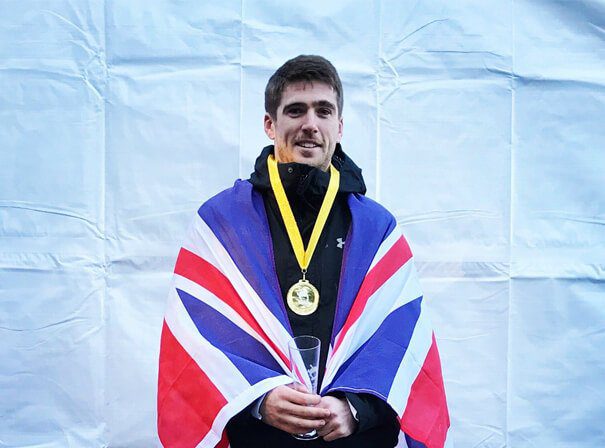