American soccer player Crystal Thomas is a striker with a near-decade-long career in college and pro soccer both at home and abroad. She currently plays up front for National Women’s Soccer League club Orlando Pride, whom she joined in early 2021 after a loan spell with top Australian W-League side Perth Glory. She has also enjoyed spells playing in Norway and Iceland and has been called up twice by the United States national team (at U-20 and U-23 level).

Thomas was born in Elgin, Illinois in 1994 — the same year that the United States hosted the World Cup. She was keen on soccer from a young age and excelled in the sport at high school, helping the Wheaton Academy team to numerous regional titles and two state championship titles. She also achieved a joint-school record 36 goals during her senior year and was named to the all-state first team as a result. Her college career began playing for the wonderfully named Fighting Irish, the women’s soccer team of the University of Notre Dame in Indiana. She finished her first year with them as an ever-present and the team’s top scorer. After two seasons, she transferred to Georgetown University in Washington, D.C. where injury sidelined her for a time. However, she returned to play in nearly 50 games for the side.

Thomas turned pro in 2017, joining Washington Spirit. After a few months, she was on her way to Norway to play for Medkila IL in the Toppserien. The following year, she enjoyed a prolific spell playing for Valur in Iceland, scoring seven league and cup goals in 21 games. She then returned to Washington before making it to Orlando via Australia. 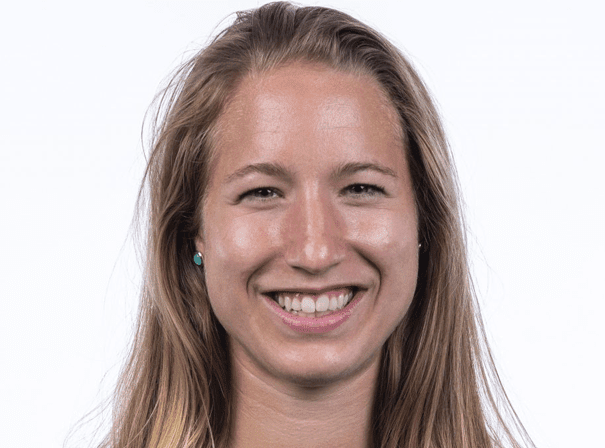