The impressive young artistic gymnast Daiki Hashimoto is a 2x Olympic Gold medalist, and a 3x World Championships medalist. He also helped his Team claim Silver at the 2020 Tokyo Olympics, and has represented his native Japan in every major competition since 2019.

Born and raised in Japan, Hashimoto started gymnastics at a young age, and continued to improve and impress while at Tokyo’s Juntendo University. He claimed his first World Championships medal in 2019 winning a Team Bronze. But it was 2021 that proved to be his breakthrough year when he became the national all-around champion. He was selected to represent his country at the delayed 2020 Tokyo Olympics, and went on to win two Golds for all-around and horizontal bar, and a Team Silver. He then took part in the 2021 World Championships, claiming two individual Silvers, again for all-around and horizontal bar.

Hashimoto regularly connects with his legions of followers and fans through Instagram, and Twitter, posting pictures and videos of his gymnastic life. 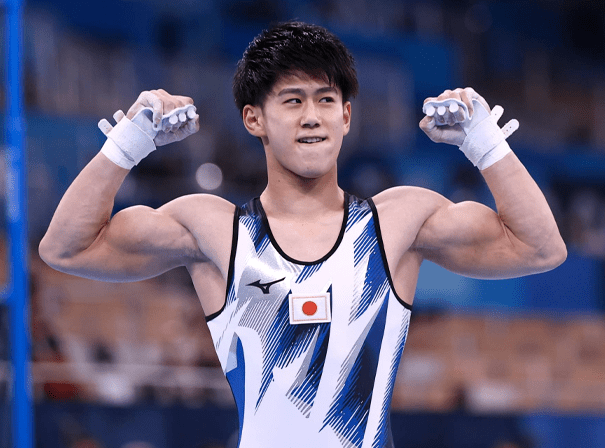