Dale Murphy is an American baseball legend. He played first baseman, catcher and outfielder for the Colorado Rockies, Philadelphia Phillies and Atlanta Braves during his Major League Baseball career, which spanned 18 years from 1976 to 1993. Murphy played all of his MLB career in the National League (NL) and was a two-time Most Valuable Player in 1982 and 1982, a four-time Silver Slugger Award winner in consecutive years from 1982 to 1985, as well as a five-time consecutive Gold Glove Award winner in consecutive years from 1982 to 1986. He is a member of both the Georgia and Oregon Sports Halls of Fame, as well as the World Sports Humanitarian Hall of Fame.

In the 1980s, Murphy was among the most honored players in the National League and led the league in runs, games, hits, and total bases, among other significant statistics. In 1983, he also had a 30–30 season, meaning that he achieved both 30 stolen bases and 30 home runs. Murphy played in 740 straight games, which was the 11th longest streak in baseball history at the time. In June 1994, the Atlanta Braves honored him by retiring his jersey number (‘3’).

In 2005, Murphy founded the iWontCheat Foundation to discourage steroid usage and generally cheating in sport at the youth level. Since 2008, players in the Little League World Series have worn a patch reading “I WON’T CHEAT!” embroidered on the sleeve of their jerseys. In 2008, Murphy was named to the National Advisory Board of Operation Kids, a national children’s organisation. ASCEND: A Humanitarian Alliance has Murphy as a national advisor. He has also been a long-time supporter of Operation Smile and serves on its the Board of Governors. 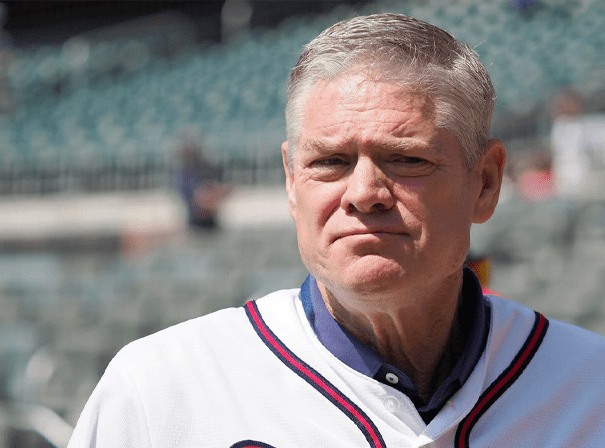