The fabulous athlete Danell Leyva is a former artistic gymnast, who since retiring has been pursuing an acting and media career. He is a 3x Olympic medalist, a World Champion on the parallel bars, and also holds another four World Championships medals, and is a 3x Gold medalist at the Pacific Rim Championships. He also competed on the 2019 season of the reality sports TV show American Ninja Warrior.

Born in Cuba, and raised in the United States from the age of two, Leyva started competing in gymnastics at a young age. He entered his first Winter Cup in 2006 when he was 15, and went on to compete in the US National Championships, winning Gold in floor exercise and horizontal bar, and tied for Silver on parallel bars. He did even better at the 2008 Junior National Championships, winning the all-around, high bar, parallel bars, and pommel horse titles. He was chosen to be part of Team USA for the 2008 Pacific Rim Championships, helping them to win Gold, as well as winning individual Gold in the all-around and Bronze on parallel bars.

Leyva started his Senior career by becoming the youngest member of the US senior national team at the age of 17, winning Gold on the horizontal bar and Silver on the parallel bars at the 2009 National Championships. At the 2010 Pacific Rim Championships he won two individual Golds, and a Bronze, as well as a Team Gold, and the following year at his first World Championships he took Gold in the parallel bars and a Team Bronze. He took his first Olympic medal at the 2012 London Olympics, claiming Bronze in the all-around. He added two more Silvers and another Bronze to his collection from the 2014 and 2015 World Championships, and then at the 2016 Rio Olympics he claimed two more Silvers for the parallel bars and the horizontal bar. He then retired from gymnastics to concentrate on his acting and media career.

Leyva regularly connects with his hundreds of thousands of followers and fans through Facebook, Twitter, and Instagram, posting pictures and videos of his life around gymnastics. 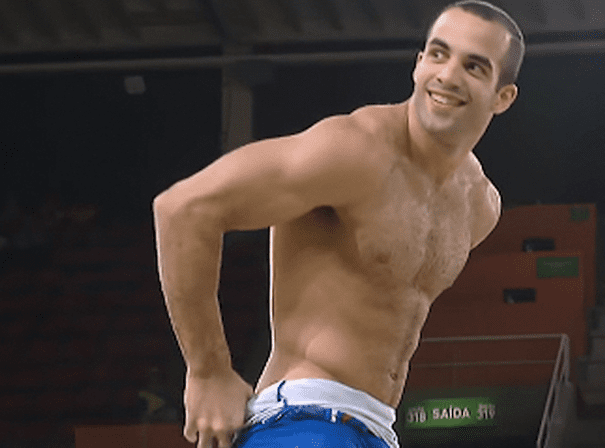