Daniel Hashimoto is the creator of the stunning family-friendly web series “Action Movie Kid.” The videos feature his son James, or daughter Sophia as the main action hero. Each video is a brief home movie of his children performing a spectacular bit of action, such as explosions, death-defying feats, or other wild stunts. Daniel Hashimoto is a world-class dad and a freelance visual effects artist. Hashimoto is a visual development artist at DreamWorks Animation, and he adds all of the risky effects and stunts in post-production. He creates the short YouTube features with Adobe After Effects, all while his children remain happy and safe while their imagination comes to life. The YouTube channel Action Movie Kid has over a million subscribers and Hashimoto’s shorts have been viewed over 585 million times.

Action Movie Kid has evolved into a book about James, who may appear to be an ordinary child, but in his imagination, he is Action Movie Kid, the protector of his own miniature universe. Monsters, aliens, and robots don’t stand a chance against James’ extraordinary strength and limitless wit. You can always count on Action Movie Kid to save the day, even if he may occasionally need his parents’ help. You can follow the whole family on Instagram @theactionmoviekid where they boast an impressive 60 thousand fans for some truly amazing and wholesome fun. 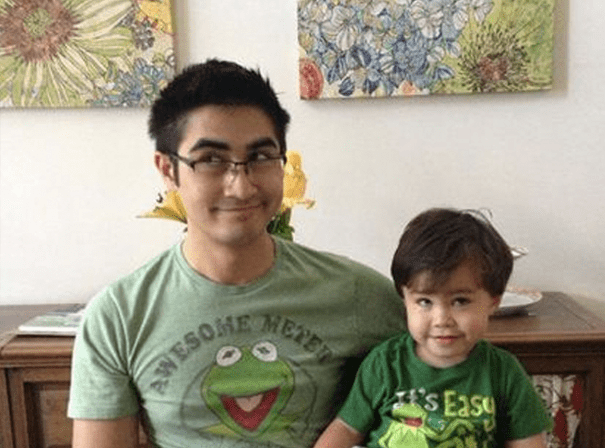