Tennis ace Daniel Nguyen made history as the first Vietnamese American to compete in the US Open competition. Born in the US, he has played under the Vietnamese flag since he gained Vietnamese citizenship in October 2019, and two months later he went on to win the silver medal in the men’s singles final at the 30th SEA games held in the Philippines. By the end of December 2019 Nguyen had won 2 doubles Challenger titles, 15 singles and 5 doubles Futures titles.

Born in Oxnard, California, Nguyen’s talent shone through from an early age. A graduate of Santa Barbara High School, he attended the University of Southern California (USC) and was part of the university’s team that won the NCAA Team Championship title for four consecutive years. He also won the Boys 16s & 18s Doubles National Championships, and in his sophomore year was named the NCAA Tournament’s Most Outstanding Player.

The talented player has continued to find success since obtaining his Vietnamese citizenship in 2019, clinching the silver medal in an all-Vietnamese final against Ly Hoang Nam at the 30th SEA games, and the future continues to look bright for the tennis star. 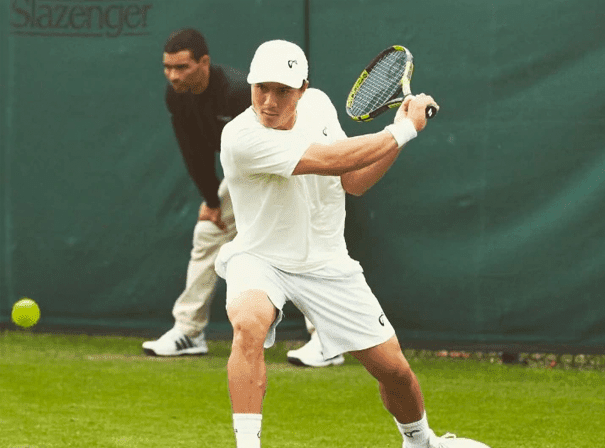