David Bruton Jr is an NFL star and former Super Bowl champion-turned-physical therapist and dedicated literacy advocate. He played over 100 games in the NFL for the Denver Broncos and Washington Redskins, winning Superbowl 50 with the former in 2015. Later that year, he was named the Broncos’ Walter Payton NFL Man of the Year for his dedicated community and charity work — this is a man who spent one NFL offseason working as a substitute teacher in his old school district. Since health worries brought his playing career to an end in 2017, Bruton has remained focused on education and literacy, working through his organisation Bruton’s Books to help children from low-income families become strong readers by providing tuition and books to underfunded schools and libraries across Colorado.

Bruton himself was born in Kentucky in July 1987. He grew up over the border in Miamisburg, Ohio and joined the high school football team, winning All-Division and All-District honours as a senior. He then spent four seasons playing for the Fighting Irish of Notre Dame University, Indiana. In his final game with them as a senior, he helped the team to win their first Bowl game in 15 years. Shortly afterwards, he was picked by the Denver Broncos in the 2009 NFL Draft.

Bruton spent seven of his eight NFL seasons with the Broncos, becoming their special teams captain and widely regarded as the league’s best special teamer. He won the Super Bowl with them in 2015. However, repeated concussions in games led to worries about his health, and he announced his retirement during summer 2017. 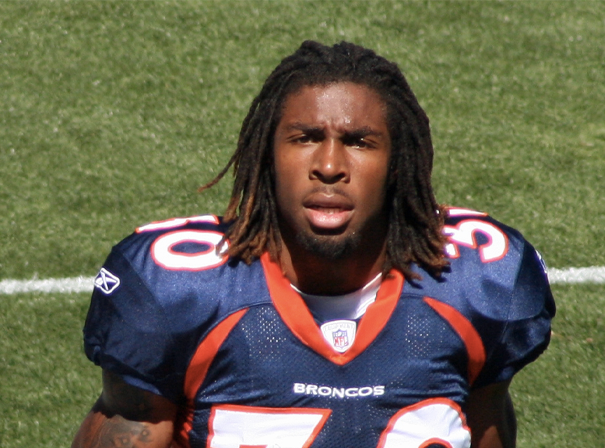