DeAndre Hopkins is an Football wide receiver for the Ariozona Cardinals in NFL, having played college football at Clemson and being drafted by the Houston Texans in the first round of the 2013 NFL Draft. Hopkins attended D.W. Daniel High School in South Carolina, where he played football, basketball and ran track and field, having an exceptional high school football career including 57 receptions for 1,266 yards and 18 touchdowns. Even during basketball, Hopkins was exceptional, playing as a shooting guard and point guard, scoring 1,453 career points. Hopkins would go on to be named the Independent Mail’s player of the year, as well as the 13th best wide receiver in the nation. Hopkins is a five-time Pro Bowler and has also been named to five All-Pro teams.

Hopkins would go on to be featured in prestigious magazines such as Sports Illustrated, where he was named as the fourth best wide receiver, as well as third best wide receiver prospect by draft analyst Josh Norris. Recently, Hopkins has become the younger player to reach 700 catches, a record that was held by his teammate, Larry Fitzgerald, during the 28-21 loss to Seattle. Hopkins also enjoys taking part in various charity work, such as with SMOOOTH – a Back-to-school giveaway that supplies book bags and school supplies for over 2,500 children, with the acronym standing for Speaking Mentally Outwardly Opening Opportunities Towards Healing. 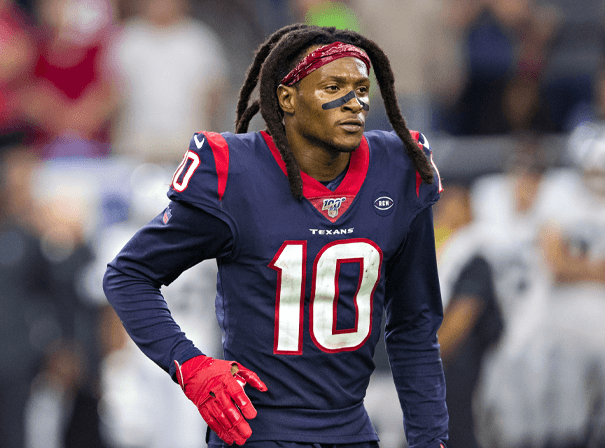