Arguably one of the more niche professional sports is pro scootering, but it’s there, nestled in alongside the likes of its more popular cousins like skateboarding and BMX riding. One of the more popular pro scooterists in America is young Derek Seay. Hailing from San Tan Valley in Arizona, Seay has been part of Team Envy since 2014 and his talent on his machine has even seen him tour Europe.

Seay was born in Arizona in 1997 and took up scootering at a young age, practising his tricks at the Freestone Skate Park in Gilbert. Aged 17, he turned pro, gaining sponsorship from Envy, SINA Clothing, and The Vault Pro Scooters. Having nailed his double barspins, after recovering from the many injuries that come along with perfecting daredevil stunts, he found himself touring Europe for nearly a month as part of Team Envy, something he could never have envisioned when he first took to his two wheels. 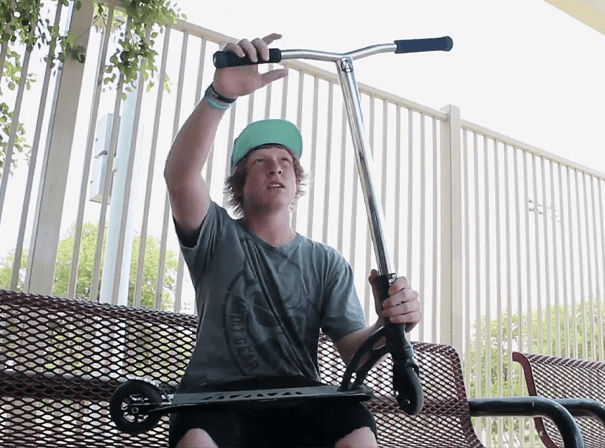