D’Eriq King’s college football career may have recently drawn to a close, but during the six years he spent playing for Houston and Miami, he more than established himself as one of Football’s brightest prospects — despite having to fight back from numerous injury problems. However, he impressed at the NFL Combine in 2022 and is very much in the running for the 2022 NFL Draft. A versatile player, he has proved himself as both a quarterback and a receiver.

King was born in Manvel, Texas, in August 1997. He attended the city’s Manvel High School and, within weeks of starting his sophomore year, had claimed the starting quarterback spot. During his senior year, he broke his local area’s record for passing touchdowns in a single season and closed his high school career with over 3,000 rushing yards and 10,000 passing yards. He began playing for the Houston Cougars and was with them for four seasons as a quarterback and receiver, although his third season was curtailed by a knee injury. In 2020, he transferred to the Miami Hurricanes and established himself there although his senior season was abruptly ended by a shoulder injury that required surgery. Now, however, he is back to full fitness and gearing up for the NFL Draft.

Outside of the game, King has taken full advantage of the new rules allowing college players to earn money for personal appearances, endorsements, and the like. Along with fellow NCAA player McKenzie Milton, he has even launched a booking agency, Dreamfield, exclusively for student athletes. Add Dreamfield’s neat sideline in NFTs and King’s strong social media presence (over 42,000 followers on Instagram) and you have a young player with plenty of business savvy as well as playing skills. 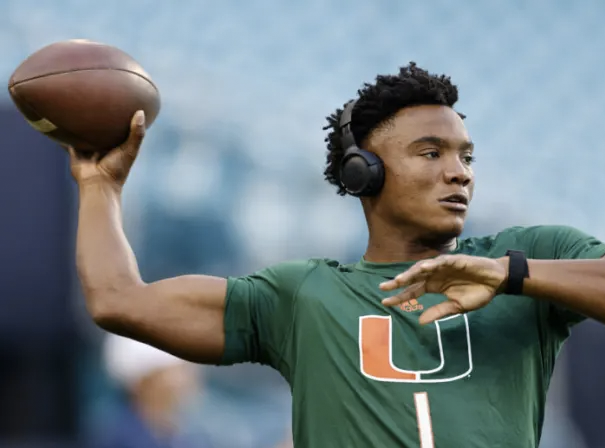