The towering sportsman DerMarr Johnson is a former professional basketball shooting guard/small forward, who played seven seasons in the NBA. He most famously shot hoops for the Atlanta Hawks, the New York Knicks, and the Denver Nuggets. He also played professionally in Central and South America, Lebanon, Italy, China, and the Philippines.

Born and raised in Washington, D.C., Johnson proved to be a natural on the basketball from a young age. He was twice named First-team Parade All-American, and then went to play college basketball at the University of Cincinnati. He was named to the Third-team All-Conference USA, and as Conference USA Freshman of the Year in 2000, and was subsequently selected by the Atlanta Hawks in the 2000 NBA draft. He opted to sign rather than finish his education and so began his professional career.

Johnson suffered an horrific car crash in September 2002, which nearly ended his career, but he recovered and made a miraculous return to the court in October 2003 when he signed with the Phoenix Suns. After that he had a successful run in the NBA playing for the New York Knicks, and the Denver Nuggets. He then started to shoot hoops abroad and travelled throughout Central and South America, as well as to Italy, Lebanon, and the Far East. He played his final game in 2016, and in 2017 he was hired by the University of Cincinnati as a student assistant coach for the men’s basketball team so that he could complete his degree.

Johnson regularly connects with his legions of followers and fans through Instagram, and Twitter, posting pictures and videos about his life around the world of basketball. He is also available for that personalised slam-dunk via the Cameo platform. 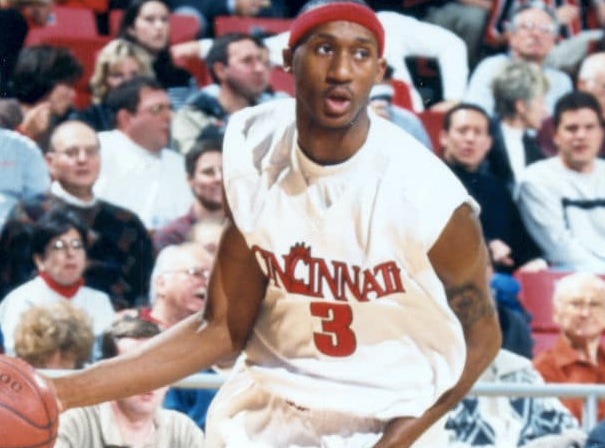