Dermontti Dawson is a football legend, one of the most loved and respected by the Pittsburgh Steelers during his 12 years with the team, and deemed to be one of the best in the league in the position of center. Born and raised in Kentucky, Dermontti attended Bryan Station High School where he was a nationally ranked high school track and field performer. He was also named all-state offensive tackle during his time with the school football team.

Dermontti went on to attend the University of Kentucky with a football scholarship, where he played center and guard, and lettered all four years. In 1987, as a senior, the talented youngster was named second-team All-Southeastern Conference. Straight out of college, Dermontti was drafted by the Pittsburgh Steelers at the 1988 NFL Draft. Soon after his debut he succeeded Hall of Famer Mike Webster as starting center. His nickname became “Dirt” on the field in allusion to his move of grinding defenders into the ground. However, off the field his friendly demeanor earned him the nickname of “Ned Flanders”.

From 1992 to 1998 the football legend was named to 7 straight Pro Bowls, and was a six time AP First Team All-Pro. In 1993 Dermontti was awarded co-AFC Offensive Lineman of the Year by the NFLPA, and in 1996 the NFL Alumni’s Offensive Lineman of the Year. After 12 successful years, the center decided to retire in 2000 due to multiple injuries. Dermontti played 170 consecutive games with Pittsburgh, the second most ever in Steelers history. In 2012 the legend was inducted into the Pro Football Hall of Fame. 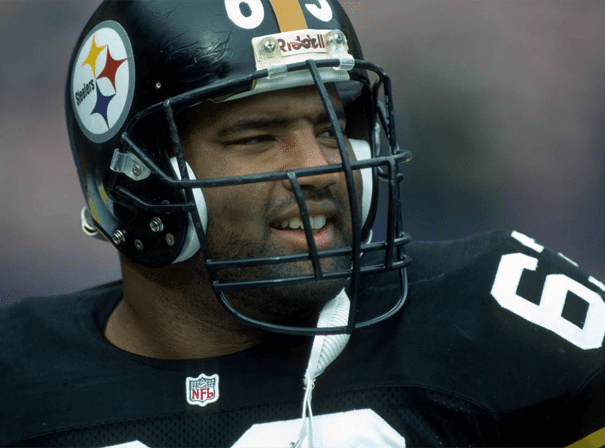