With an online global audience of more than 1.8 million, DJ Diveny is one of the world’s most popular professional soccer freestyle performers. Also a master trainer, influencer and content creator, most of Diveny’s views have been amassed on TikTok and Instagram, his cool videos and content with the ball proving a huge hit with his rapidly expanding fan base. Diveny has also featured on some of the largest networks in the world, including Yahoo News, ESPN and Bleacher Report.

The New Jersey native was introduced to the world of soccer by his father, Dan Diveny Sr. At first the game was more of a hobby as he studied architecture then astrophysics at college, but it soon became his main passion, and after motivating himself to take part in rigorous training he secured a place on NJIT’s division 1 soccer program. Diveny caught the eye of teams including Villanova and Rutger as he became increasingly talented at freestyling, eventually joining the New York Red Bulls Street Team in 2014.

In additional to his almost unbeatable skills with a football, Diveny has proven himself both extremely logical and a creative thinker, leading to his success as an artistic young entrepreneur and global influencer. The rising star has built his impressive social media following based on what he can do with a ball, and he is now constantly in-demand for collaborations with numerous leading brands, including Puma, Volkswagen, Red Bull and EA Sports FIFA. 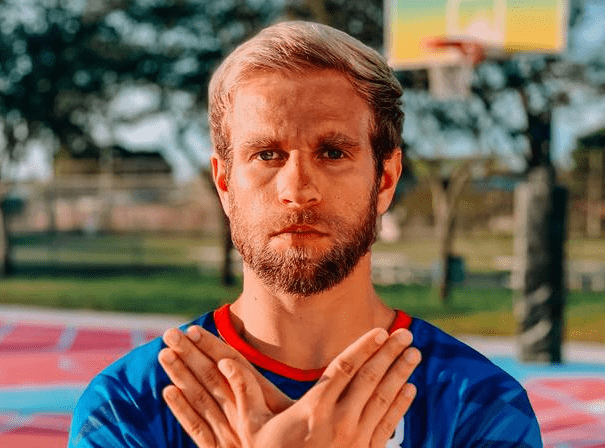