DJ DX is a rapper, music producer, disc jockey and performer based in Jersey City in the US, best known for his singles titled Lonely Girl and Make It A Better Day, but also for his hit solo albums Enter DX which was released in 2013, and The Unfortunate Child which was released a year later. He has worked on music for a wide variety of high profile and best-selling artists including the beautiful rapper Nicki Minaj and stunning singer Rihanna.

After a childhood fraught with struggle and suffering, including dealing with his parent’s drug abuse and incarceration, DX was forced to work hard and rise above, listening to the musical blood in his veins from relatives including Mary Brown and Louis Armstrong, which he accomplished in 1998 with the release of his fantastic debut single titled This Is My Fight in 1998, a blended mix tape of music.

Eventually, in 2011 he became a songwriter and rapper in his own right, after a variety of reggaeton music mix tapes that earned praise in the Dominican Republic and Puerto Rico, and has made a name for himself as a musician that writes about a multitude of social issues, as well as anecdotes of his personal life and experiences. A varied writer, he has covered topics from religion to racism, economics to poverty and even government conspiracies in hit singles such as Run Bro, featuring singer Nadia Gold. His music touches and relates to many people and his army of fans interact with him across his social media platforms, where DX boasts over 176000 followers. 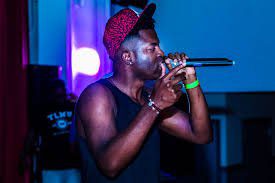