American professional basketball player, Donte Greene, is known for having played college basketball for the Syracuse Orange and later being picked with the 28th overall pick by the Memphis Grizzlies in the 2008 NBA draft. Greene was born in Munich, Germany as his mother used to work for the National Security Agency. He then moved to Japan and back to Germany before moving to Hanover, Pennsylvania. Greene was named USA Men’s U18 National Team member in 2006. Greene’s averaged 3.5 points and 1.0 rebounds per game as the USA captures a 4-0 mark and won the gold medal at FIBA Americas U18 Championship for Men in 2006 in San Antonio, Texas. In the following year, Greene was named Maryland’s Gatorade Player of the Year and to the Nike Brand All-America Team. Apart from these two titles, Greene was also selected to play in the Jordan Classic. Greene also played for Team USA in 2007 Basketball U19 Championships. Greene was selected by Memphis Grizzlies with the 28th overall pick in 2008 NBA draft. He then was traded to Houston Rockets. While he played for Housten Rockets, Greene scored 40 points in 10 threes, to go along with 11 of 12 free throws. In late summer of 2008, Greene was traded to Sacramento Kings. Greene’s career was developed with other teams such as Atleticos de San German, Memphis Grizzlies, Boston Celtics, Al-Nasr, Leones de Santo Domingo, Capitanes de Arecibo, and Sporting Al Riyadi Beirut. His latest contract was with Al-Ahli Jeddah of the Saudi Basketball League in 2020. 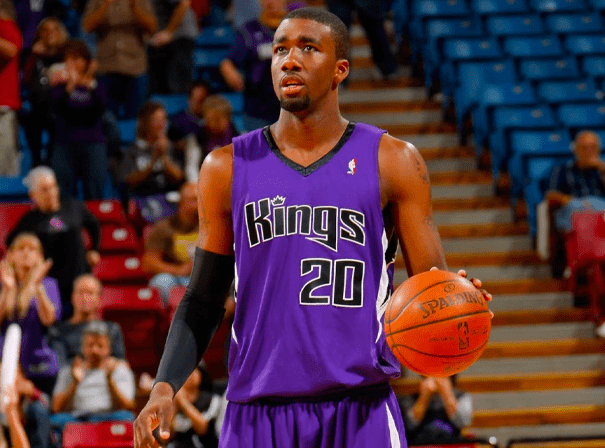