Hong Kong table tennis player Doo Hoi Kem is a World Championships and Asian Games medallist, and a World Tour Grand Finals champion. The right-handed player employs a shakehand grip, and is associated with club Kinoshita Abyell Kanagawa. She has been ranked within the Top 10 women’s table tennis players worldwide by the International Table Tennis Federation.

Doo first cemented her international reputation with a pair of medals at the 2014 Summer Youth Olympics in Nanjing, where she took bronze in the mixed team and silver in the girls’ singles. The same year, she reached the women’s singles semi-finals of the Qatar Open, and over the following seasons she would reach the latter stages of several World Tour events including the Indian Open, Thailand Open and Hungarian Open. In doubles events, meanwhile, Doo went on to take silver medals at events including the Czech, Australian and German Opens, and landed her first gold in the women’s doubles at the Croatia Open in 2016. Two years later, she would claim the ITTF World Tour Grand Finals title in the mixed doubles event alongside teammate Wong Chun Ting.

Doo’s first World Championships medal came with a bronze in the team event at the 2014 Championships in Tokyo. She returned the following year to take a bronze at Suzhou in the mixed doubles, and took another mixed doubles bronze at Düsseldorf in 2017. At the 2018 tournament in Halmstad, Doo scored her fourth Worlds podium finish with another bronze in the team event. Elsewhere, she competed at the 2016 Olympics in Rio de Janeiro, and added to her silverware with a team bronze at the 2018 Asian Games in Jakarta. 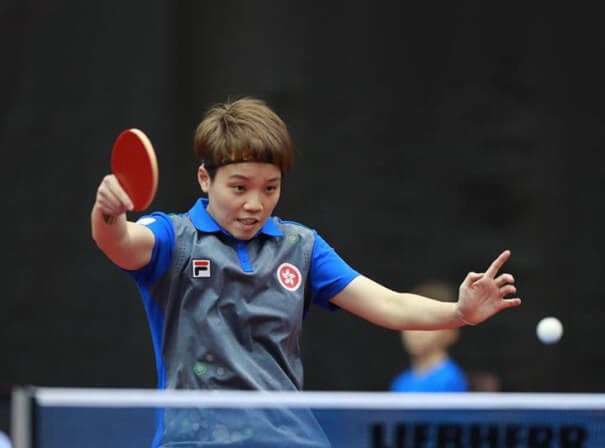