The incredible athlete Eddie Arnet Johnson is recognised as one the greatest jump shooters in National Basketball Association history. He played professional basketball for 17 seasons in the NBA, as well as a year in the Greek Basketball League. He retired as the all-time leading scorer off the bench in the NBA, with over 19,000 points, while averaging only 27 minutes per game in under 500 career starts. He has been a Phoenix Suns announcer on Fox Sports since 2001, and co-host of the NBA Today Show on Sirius XM radio. In 2013 he published the book, You Big Dummy! An Athlete’s “Simple” Guide To A Successful Career!, which is a combination of guidelines, stories and opinions. Away from basketball, he is an experienced, world-renowned motivational and keynote speaker. He has served on the Phoenix Youth Commission, supported Big Brothers/Big Sisters of Sacramento and Phoenix, worked with the Special Olympics, the Arizona Association for Foster and Adoptive Parents, and for the Helping Hands for Single Moms Organisation.

Born and raised in Chicago, Johnson focused hard on school and basketball. During his senior year, he was awarded 2nd-Team Parade High School All-American, 1st-Team All-State, and was also voted Chicago’s 1977 Basketball Player of the Year. He was awarded with a full athletic scholarship to the University of Illinois, and finally graduated in 1981 with a degree in History. In the same year, he was drafted as the 29th (6th pick, 2nd round) player by the Kansas City Kings (Sacramento Kings). He went on to forge a hugely successful basketball career over 18 years, and also played for Phoenix Suns, Seattle SuperSonics, Charlotte Hornets, Olympiacos, Indiana Pacers, and Houston Rockets.

Johnson regularly connects with his legions of dedicated followers and fans through Twitter, posting comments and clips about his life around the basketball court. He has a YouTube channel, Eddie Johnson, as well as an official website, eddiejohnson8.com. 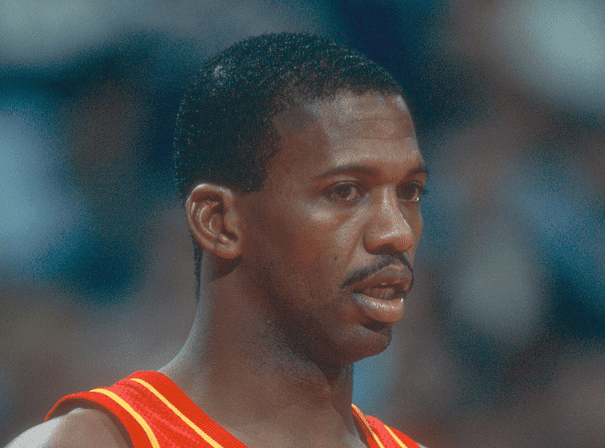