Rock star and musician Eddie Spaghetti is the founder of band The Supersuckers, and has been releasing music and touring since the late eighties.

Born and raised in Tuscon, Arizona, Spaghetti grew up surrounded by country music and blues. He rebelled against the classic country sounds of his hometown, instead turning to rock and heavy metal as he started to learn how to play music. In 1988 he formed The Supersuckers, who moved to Seattle to pursue the burgeoning rock scene there. After some lineup changes and numerous tour dates, the band were spotted and signed to Sub Pop, releasing several albums on the label and cementing themselves as mainstays of the rock scene. The Supersuckers stayed with the label for nearly 10 years before leaving to self release an album, and taking an extended hiatus during which time Spaghetti released two of his own solo albums. They soon signed another deal with Steamhammer Records, before Spaghetti was diagnosed with cancer and took some time away from music and the spotlight to recover. Fortunately, this resilient and determined individual made a full recovery, returning to the world of music and releasing Holdin’ the Bag, Suck It and Play That Rock N’ Roll on Acetate Records.

With their most recent album Play That Rock N’ Roll having been released to critical and commercial success, Spaghetti continues to be a key figure in the world of music, and is now a legend in the musical hall of fame. 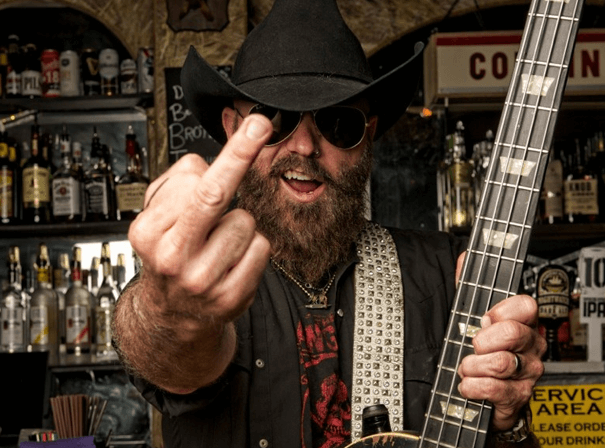