Having competed as a professional pentathlete since she was just 14 years old, when she finished in an impressive 12th place at the 2013 European Youth Olympic Games Qualifiers held in Portugal, Micheli has gone on to become one of the world’s top-ranking pentathlon competitors. With a string of medal wins under her belt, Micheli took home her first gold medal at the 2015 European Youth Championships held in Portugal, having since won a further five bronze, three silver and five golds at both youth and junior events around the world. This spectacular collection of top performances has seen Micheli go on to become the number one world ranking junior and youth pentathlete in the world. After making her senior pentathlon debut back in 2014 at the women’s Swiss International Competition Finals, Micheli has since been building her growing reputation amongst the pentathlon scene, more recently having won a silver medal at the 2018 CISM World Championships in Hungary, as part of the team-relay mixed event.

A highly successful year for Micheli, in 2019 she enjoyed two silver medal wins at the UIPM Pentathlon World Championship held in Hungary, in both qualification phase and again during the finals. It was this excellent performance that has enabled Micheli to qualify to represent Italy in the 2020 Tokyo Summer Olympic Games. 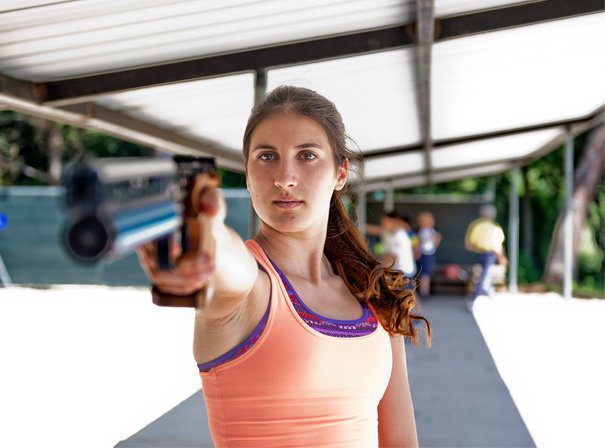