Elizabeth Swaney rose to fame after she used her brains and resolution to achieve her Olympic dream. Dubbed by many as the ‘worse Olympian ever’, the freestyle skier has since silenced her critics and has been praised by Canadian gold medallist skier Cassie Sharpe for the time and effort she put it to be able to compete. After competing in the Winter Olympics in 2018 Swaney focussed on her next goal – competing on American Ninja Warrior.

Born in Oakland, California, Swaney began her sporting career as a coxswain in a rowing team before setting her sights on winter sports. After being told she was too small to compete in bobsleigh, Swaney tried skeleton then freestyle skiing. Based on her grandparents’ country of birth she began skiing for Hungary, and attended as many qualifying events as she could. She managed to finish consistently in the top 30, often due to just turning up and not falling so she recorded a score. Her persistence paid off and she qualified for the 2018 Winter Olympics.

A video of her surprisingly simple run at the 2018 Pyeongchang Olympics went viral, and caused a backlash from critics who accused her of scamming her way into the event. However, Swaney was unfazed and simply said she loves a challenge. Swaney recently competed in American Ninja Warrior, and it’s guaranteed that she will tackle whatever she takes on next with her trademark determination. 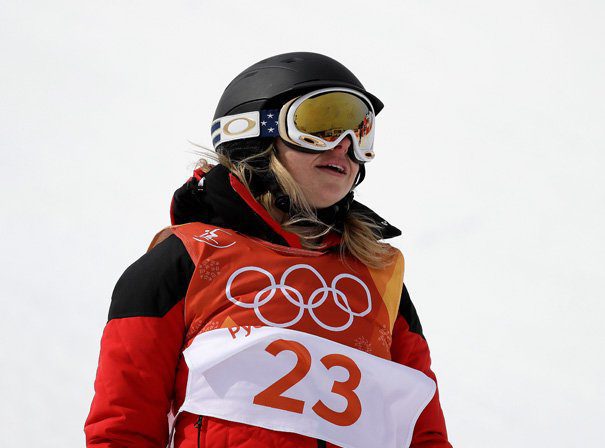