Former synchronised swimmer and Olympic champion Elvira Khasyanova is a Special Olympics director for the Northern Europe and Russia Region. Khasyanova – who is due to be inducted into the International Swimming Hall of Fame Class of 2020 – was a member of the Russian National Team from 1999 until 2011. She won consecutive gold medals in three Olympic Games in the team competition at Athens 2004, Beijing 2008 and London 2012. She has also won the World Championships on five occasions in the free combination and team events, and won four European Championships.

Khasyanova’s illustrious career began in Moscow at the age of seven when she first tried synchronized swimming. Before long she was competing on the Russian Junior National Team, winning the team event in the World and European Championships and both the duet and team events in 1998. Khasyanova moved on to the Senior National team in 1999, and went on to win her 3 Olympic gold medals and numerous other championships and titles , becoming one of the most successful synchronized swimmers of all time.

Khasyanova retired from the pool in 2012, taking on a new role as the Director of Northern Europe and the Russia Region with Special Olympics. In 2015 she moved the United States, becoming a USA National Team Assistant Coach and working with both the junior and senior squads, and most recently is an assistant coach at Stanford University, helped Stanford finish as runners-up in the Collegiate National Championships in 2019. 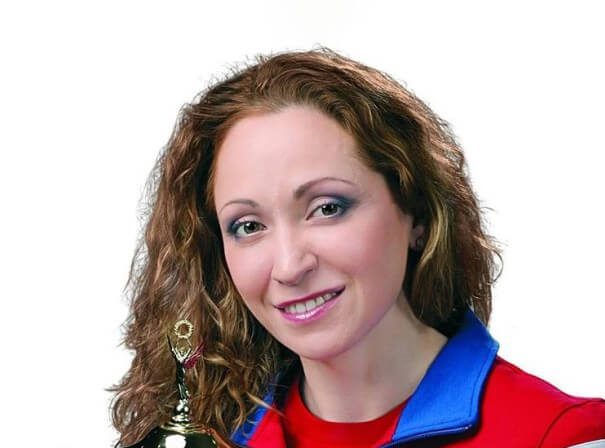